“Nona is as fat as Miss Piggy!”

I vividly remember being called “fat” by my classmates as far back as first grade. I didn’t quite understand what that word meant, but how it was said to me let me know that “fat” was not a good thing to be called. Although I was a normal-sized child in preschool and kindergarten, I started overeating in first grade as a coping mechanism for being sexually abused by my mother’s boyfriend. I didn’t know it was a coping mechanism at the time, but as I reflect on it, I can recall how my fear and uncertainty of what would happen to me when my mother wasn’t around would be temporarily repressed by the rush of endorphins I received from eating an entire package of Oreo cookies.

I gained an enormous amount of weight during the summer between kindergarten and first grade, and when I started school, a vicious cycle of being called “fat” and then retreating to food to feel better became my pattern of living. This pattern held throughout middle and high school, and I accepted people’s low opinions of my physical appearance as truth. But one day, while in ninth grade, I found a solution—or so I thought. I was flipping through television channels when I found a daytime talk show covering the topic of eating disorders. There were extremely skinny women on the show who had a condition called anorexia, which means they didn’t eat food as a way to control their weight. Aha, I thought. I’ll just stop eating.

I remember feeling empowered by their stories. The fact that those women had mustered the willpower to stop eating made me believe that it was possible for me too. There was one problem. My stomach started growling with hunger pangs during the show. “We’re not eating,” I told my abdomen with a rub. An hour later, however, I warmed up a large plate of leftover spaghetti, drowned it in an inch or two of parmesan cheese, and then washed it down with a large glass of Kool-Aid. As I washed my dishes, tears formed in the corners of my eyes. I felt defeated as images of the cute, skinny, popular girls in my classes danced through my mind. “I’ll never be like them,” I said to myself. “I can’t even stop eating for an hour.” But then, I got an idea that would change the next decade of my life.

I remembered another set of women on the show who struggled with a condition called bulimia. They would overeat and then force themselves to throw up, not to gain weight. Up until that moment, I had only thrown up involuntarily due to sickness of some type. But with the dream of being like the cute, skinny, popular girls in my heart and the idea of throwing up to fit in with them in my mind, I headed to my bathroom, took a towel from under the sink, rolled it up in front of the toilet, and kneeled before it like it was a porcelain altar. Forcing myself to throw up was a horrible, painful experience, but I did it ten times to empty my stomach completely. When I finished and stood up to look in the mirror through tear-blurred eyes, I suddenly felt a sense of power and control. I thought to myself; this is it! This is the answer. 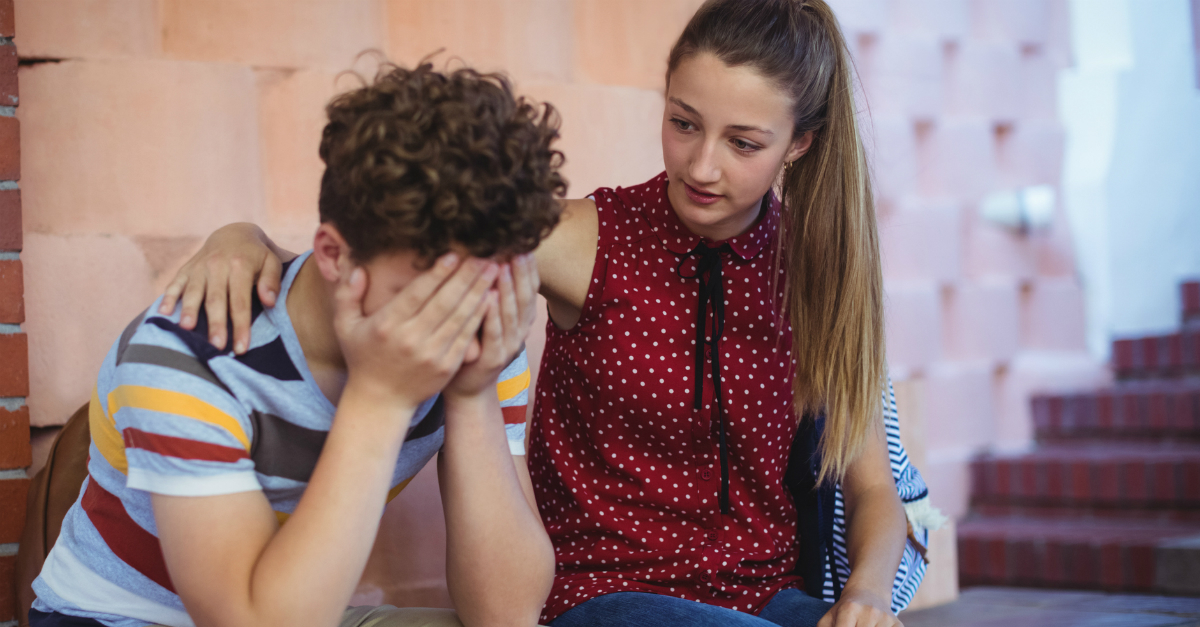 As a woman who has personally struggled with insecurity and a mother with two boys who struggle with it, I’ve read several good books about insecurity that trace it back to low self-esteem. Merriam-Webster’s dictionary defines self-esteem as “confidence and satisfaction in oneself; self-respect.” In other words, self-esteem is confidence in one’s own worth or ability. Given this definition, when our children display insecurity or a lack of confidence and satisfaction in themselves, our response as parents is usually to try to bolster their self-esteem with compliments and affirmations of their self-worth.

For example, my twelve-year-old son loves basketball and plays on his school’s team and with the AAU (Amateur Athletic Union). When he started sharing with us that he lacked confidence in his abilities, my husband tried to counter it by pointing out his strengths as a ball player. My husband would take him to the basketball court and play with him while offering words of encouragement whether our son made the shot or not. The result? My son still had low confidence and satisfaction with himself, but the way he displayed it was subtle and pointed to the true source of insecurity - which is not a lack of self-esteem. Let me explain.

When my son would make statements about his abilities, he made them in comparison to others. For example, he would say, “John says I’m trash, but I’m better than him.” When he would play John and John would score more points than he did, he would say, “so what? I’m still better than him. I’m not trash.” Now, reading this, you would think his self-esteem is strong, but if you pay attention to what he is saying, you would see that his view is of himself in relation to someone else. He is assessing his worth based on his perception of how he measures up to someone else. And this is the source of insecurity, not a lack of self-esteem.

Where Does Insecurity Come From?

This is what led me to become bulimic for a decade; I secured my identity to my physical appearance, and when I compared my physical appearance with girls who seemed to be the societal “ideal” of beauty, it triggered my insecurity. For my son, he secured his identity to his athletic ability. Comparing his athletic ability to that of another child who seems to perform better in other people’s eyes triggers his insecurity. Maybe you have secured your identity to your job title, and comparing yourself to someone else who seems to have a “more important” title triggers your insecurity. None of this is a function of your self-esteem. You can have a high level of confidence in yourself and still struggle with insecurity because seeing someone else receive more recognition or outperform you can make you believe you don’t measure up.

How to Develop Secure Children 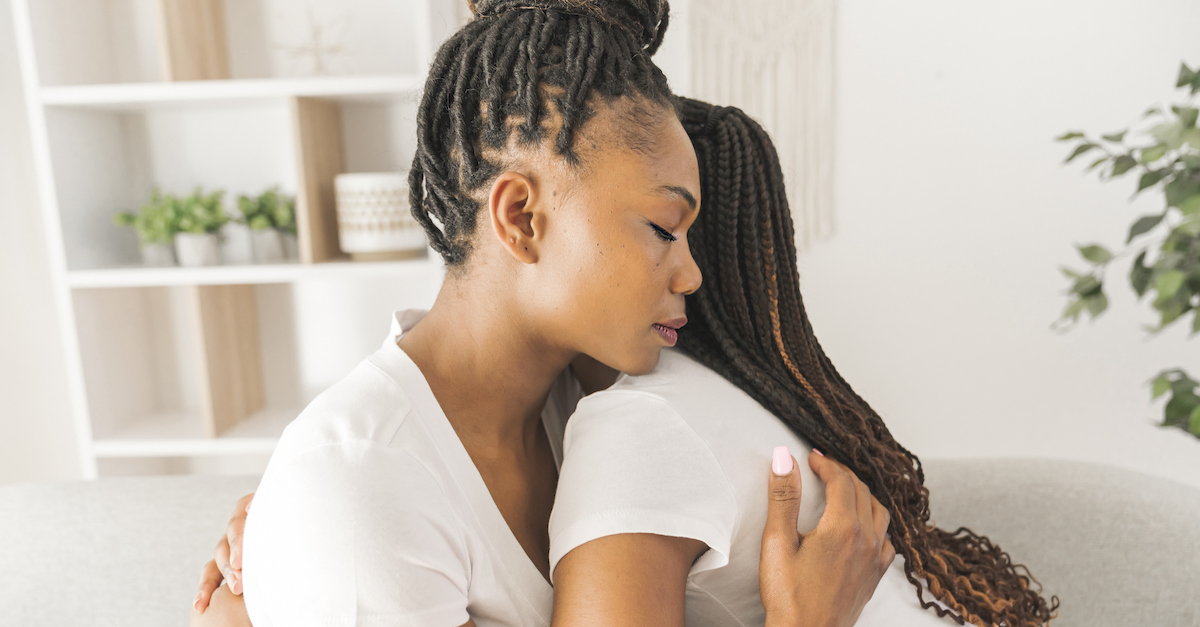 So, where does this leave us? How do we help our children develop security, so their identities are not subjected to the ever-shifting currents of their peers’ approval? A few thoughts:

1. Help your children determine the source of their insecurity.

This will require helping your children discern which insecure foundation they secured their identity to. Maybe it’s their academic performance, holding leadership positions in clubs, or being part of a specific group of kids (e.g., jocks, goths, pretty girls, theatre kids, etc.). Or maybe it’s having a certain number of followers on social media.

2. Help your children reframe comparison from toxic to healthy.

Comparison can lead to two outcomes: inspiration or expiration. When we see someone excelling at something we would like to do, we can either be inspired by it and let their success activate our potential, or we can be expired by it and view their success as our failure. When your child benchmarks their value against someone else’s and feels expired by it, help them see the other person’s success as an opportunity to learn so they can improve themselves.

3. Help your children learn to celebrate others’ successes instead of feeling threatened by them.

Just as I have to navigate comparison-born insecurity every day in my own life, helping our children navigate it is also a daily exercise. Awareness of what you are feeling, and the willingness to admit it, will be your first step to freedom!

How to Help Your Teen Find Their Identity in Christ

7 Practices That Help Children Know Their True Worth 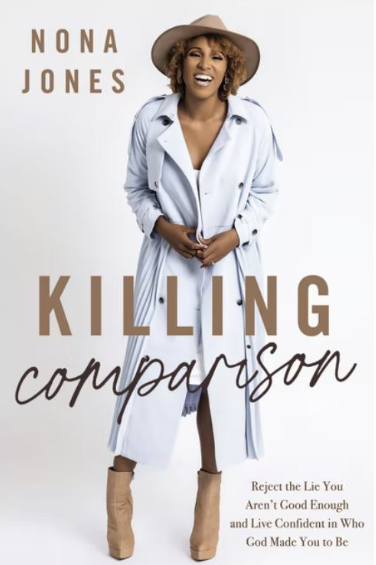 Nona Jones' new book, Killing Comparison: Reject the Lie You Aren't Good Enough and Live Confident in Who God Made You to Be, releases on September 27, 2022. You can pre-order it on Amazon.

Most of us deal with the struggle of comparison and finding ourselves lacking. But there is a way to break free from the messages we internalize and our responses that start us on that downward spiral. It starts with identifying why we compare and ends with learning to secure our identity to the unchanging confidence in God's love.

“When I decided to write this book, I chose to provide my personal, honest, unfiltered journey, something that requires a level of vulnerability that makes my heart palpitate…but I’ve laid myself bare on these pages because your freedom is worth the cost of my pride. I want you to know you are not alone. Nothing you can do can make you more worthy than simply being who you are in Jesus.” - Nona Jones 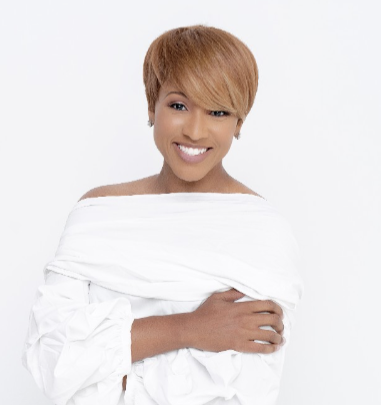 This content first appeared on Crosswalk.com and is used here with permission. To view the original visit: https://www.crosswalk.com/family/parenting/how-to-help-your-children-navigate-comparison-and-insecurity.html